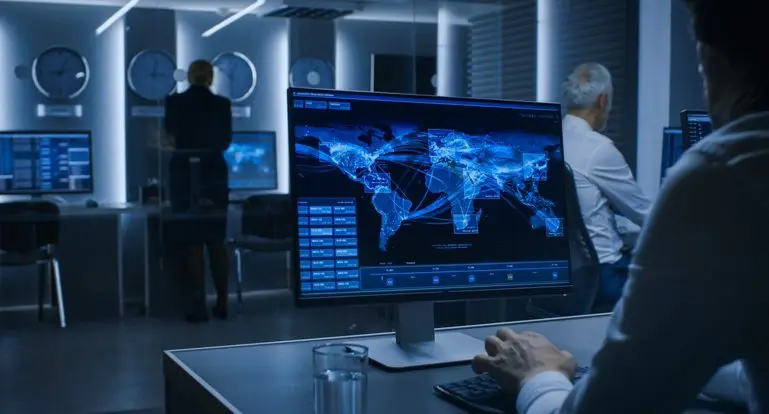 Here, we’ve fully disclosed our assessment criteria and have ensured a fair and impartial comparison of both products. Let’s see what our comparison reveals about both Splunk and Paessler PRTG.

Splunk and Paessler have a considerable presence in the industry in terms of their IT monitoring capabilities. Both have a dedicated and satisfied user base that continues to use the platform for network monitoring.

But that doesn’t help decide which company to opt for. Plus, there needs to be a way to look at different aspects that should be weighed in before making the final decision. For some users, the price might be the most critical factor. And for others, it might be ease of use or the level of support available.

Here, we do a deep dive into Splunk and Paessler PRTG to pick the better solution. While ‘better’ in our case might be subjective, our goal is to highlight different aspects of both platforms based on user reviews collected across independent third-party platforms.

To pick the winner, we first looked at reviews to asses what users find most valuable in an IT monitoring platform. Additionally, we also considered what decision-makers in the company would consider important before signing off on either of the two.

Here’s what we shortlisted as crucial aspects:

Afterward, we based our assessment on user reviews and ratings across independent third-party platforms to see who the winner is in every category. The list of platforms considered are: Gartner, G2, GetApp, Capterra, TrustRadius

Let’s break down how users rate Splunk and Paessler in terms of ease of use across platforms:

Paessler PRTG is the clear winner, ranking higher on almost every platform for user satisfaction in relation to ease of use. Also, after digging beneath the surface, we realized that many users found Splunk to be considerably complex. Here’s what users are saying about Splunk:

“Complexity and less user friendly. In my project, we had to configure our application in splunk. Lot of times we dont see the full logs as configuring events etc is difficult. Also, some of the terms on UI can more simplified so that anyone can understand even though he or she does not have indepth knowledge of Splunk. May be a small description or tooltip something like that will be good.” –Source

“It can have a high learning curve, even for educated employees, so time is required for training. I wish that some basic functions could work without the need for internet access, no doubt my work would be faster. From the installation of the software to its use, it is a long process, because to configure it is confusing and sometimes we need the help of technical staff.”    Source

Let’s break down how users rate Splunk and Paessler in terms of ease of setup across platforms:

After digging beneath the surface, here’s what we found about what users have an issue with:

Let’s break down how users rate Splunk and Paessler in terms of customer support across platforms:

Here, we take a closer look at the business size for the majority of users for both Paessler PRTG and Splunk. Looking at what Small and Medium-sized businesses (SMBs) and large enterprises prefer will help decision-makers deciding between the two make a more informed decision.

Based on data collected from G2 and Capterra, we saw that:

Based on the reviews we’ve collected, we saw that most users find Splunk expensive and feel that a high learning curve is required to get up to speed. Additional certifications required for Splunk also contribute to increased costs because businesses have to train staff.

On the other hand, we saw that Paessler PRTG does not have these issues. It’s easier to implement and use (as seen from user reviews) and has relatively lower costs.

There’s a one-time payment for each user. The PRTG 500 package would mean around $1800 per user.

Not much data available, but GetApp estimates it to be around $1800/year on average. Users must book a consultation with company representatives to get an accurate cost based on requirements.

But since the general audience for Splunk is large enterprises, it wouldn’t be too far off to assume that Splunk is expensive. Additionally, users need additional certifications for Splunk, which adds to the cost of training the IT team.

Based on the data collected from independent third-party review platforms, it’s clear that Paessler PRTG is the clear winner. Users consistently ranked the IT monitoring software higher in a majority of areas.

While this does not imply that Splunk is a bad choice, it’s just that current users are more satisfied with Paessler PRTG. Especially in areas such as ease of use and ease of implementation, Splunk users complained about a high level of complexity involved.

Hopefully, this comparison should help make a more informed and better decision about which network monitoring solution to opt for.

No comments to show.